In 1842 the locality was named 'Jackadup', the Aboriginal name for the area. This was later adapted to 'Jackadder Lake', which is still the name of the lake in Woodlands.

Development in Woodlands started in the 1960s. The Floreat Lakes Estate to the south east was subdivided in 1991. Woodlands is part of the original 'Woodlands Estate', which was owned by John Daniel Manning. Part of the area that is now Woodlands was originally assigned to Thomas William Mews in 1831. However, as Mews could not fulfil the location duties, the grant passed to T. R. C. Walters in 1840. It was later part of the extensive lands owned by John Daniel Manning.

Woodlands is one of Perth's original Northern Suburbs.

In 1964 Lake View Rd ( now Huntriss Rd ),saw housing development commence in Woodlands. At this time there were no house between it and Jackadder Lake.. Jim Graham was the builder who made many of the lovely original 1960s homes in this street on approximately a fifth of an acre blocks. In keeping with the honest and trustworthy nature of Perth at this time Mr Graham was often paid at agreed intervals by his purchasers to pay off their homes. Many of the homes were purchased for amounts between £3000 to £4000.

The area was surrounded by many bush land areas. Pearson St housed stables, a battery and market gardens. Floreat was the nearest developed suburb and locals tended to shop at Floreat Forum which was then home to the department Store Moores. Churchlands was largely undeveloped except for the High School and Herdsmen Lake was happily house free at this time until the 1980s.

Woodlands for many years was in the Floreat electorate ( now Churchlands), and Andrew Mensaros (Lib) was the member for many years.

Woodlands Village provided great essentials and was home to Freecorns, a butcher, a school uniform shop and for a blissfully convenient time a Shell petrol station.

In the 1970s Woodlands Primary School had a student body of over 700 pupils. There were approximately 3 classes in each year level from Grade 1 to 7 class sizes ranged generally from 30 to 36 students. Mr Larkin was principal for much of this period. Students walked to school and there was no traffic problems in the area at this time. The Kindergarten was in Tamarisk way with a convenient walkway between houses from Castle Rd to Tamarisk Way. This was unfortunately closed due to repeated noise complaints from one of the adjoining residents, despite opposition from other locals. The walkway land was offered for sale to the adjoining residents; at first only one of the Tamarisk Road residents purchased a portion and extended their property boundary, resulting in a dead-end walkway at the Castle Road end. Years later this was bought by one of the Castle Road properties, leaving no trace.

Liege St has seen many changes over the years. Including the development of a putt putt course to a retirement village.

Around 1980 a man made island was formed in Jackadder Lake to provide a safe have for nesting wildlife. Many of the trees at the lake were planted by Woodlands PS students that were made tree wardens.

Woodlands is well serviced by parks and reserves. The most significant open space surrounds Jackadder Lake. Jackadder Lake was first recorded as "Mews Lake" in 1831 and provides a local recreation area.

There are several smaller parks in the locality, including Sweeting Reserve and Woodlands Reserve.

The neighbourhood retail area is called 'Woodlands Village' and is conveniently located in the centre of the suburb. Ribbon development along Scarborough Beach Road in the north of Woodlands forms part of the Stirling Regional Centre and supplements local shopping.

The locality also contains two primary schools and a retirement village, while entertainment is provided by Event Cinemas on Liege Street. YOUR CHANCE TO GET INTO WOODLANDS!
For Sale 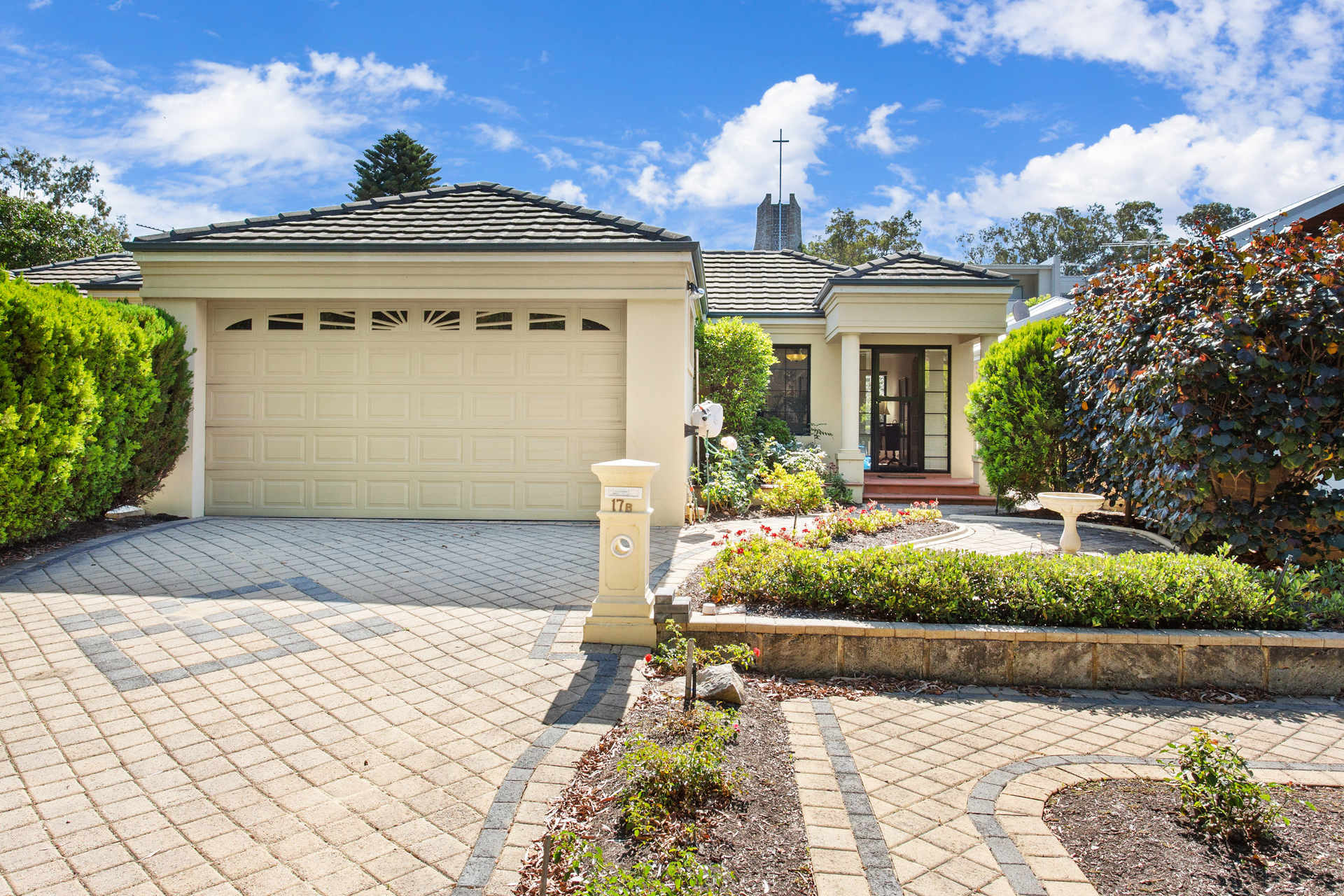 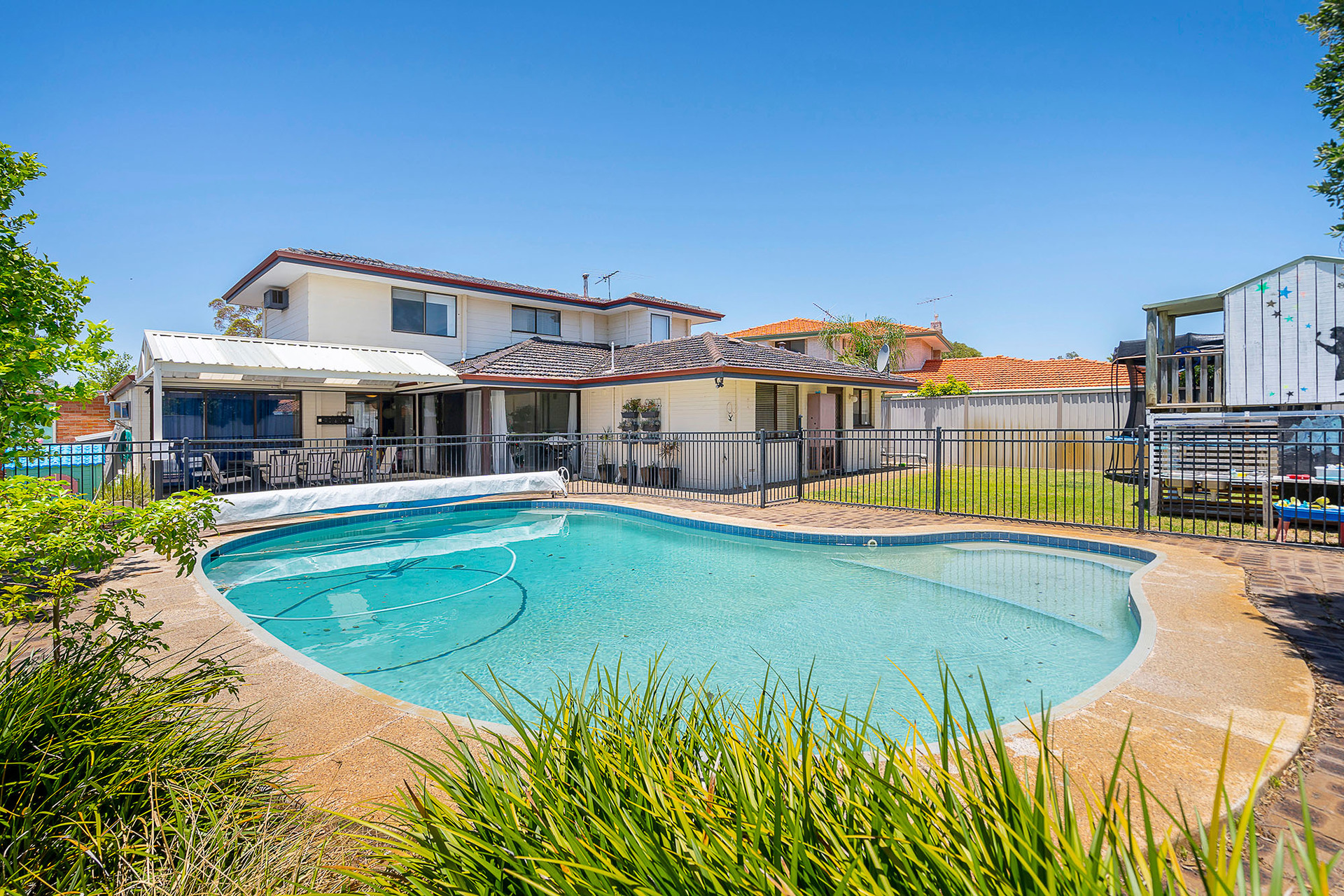